The final leg of the Command Series Seminar was held on board the MV “Star Pisces” alongside the Ocean Terminal,Hong Kong on 6th November, 2008. The ‘Maritime Cluster’ of Hong Kong was well represented at the Seminar and there were a number of international delegates present, including one from as far away, as Chile 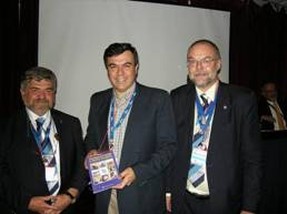 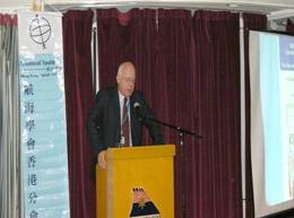 Concept:
From the outset, the keynote speaker Mr. Roger Tupper (Director of Marine, HKSAR Govt.), addressing a gathering of over 100 delegates, set the pace for the seminar. He briefly re-capped on the advent of the ISM code and theFlag State’s role in its implementation before zeroing-in on the core topic of the day’s discussion, “The Qualification requirements for the DPA”. In his opinion it is preferable that the DPA be an ex-mariner holding a senior management position in the company. By these attributes the DPA would be able to effectively influence the mind-set, attitude and behaviour of subordinates and ensure that proper shore-side support would be given to the crews on board ships. In Hong Kong, most leading companies had appointed a senior officer as their DPA and in the experience of theFlag State, the effectiveness of this was clearly visible, as the safety standards of these companies were better than those of companies wherein this function is carried out by an officer of lower rank.

Following up with the regulator’s viewpoint, Capt. Sameer Sablok, reading a paper on behalf of Capt.Ashok Mahapatra (Head Maritime Training and Human Element, IMO) who was unable to attend, highlighted that the IMO had laid down guidelines which show their expectations for a company. These include the company providing for safe practices in ship operation and a safe working environment, establishing safeguards against all identified risks and continuously improving the safety management skills of personnel ashore and on board ships, including preparation for emergencies related both to Safety and Environmental Protection. The IMO allows flexibility to companies for implementing the ISM code, e.g. a small 4-6 ship company may have it’s DPA carrying out multiple functions, whereas a large organization may assign the job of the DPA to a single individual or a team of persons exclusively dedicated to this function. It is up to the company to review its individual requirements and implement a process which works best in ensuring that it complies with the requirements of the code.

Confusion:
Capt. Pradeep Chawla (Director, Quality Assurance and Training – Anglo Eastern Ship Mgmt.) highlighted the varied interpretations of the code ranging from the DPA being a senior manager having direct access to the highest level of management and ensuring adequate resources available, to a DPA being a day to day operator - monitoring Ship Safety Meetings, Inspection Reports, Drill Reports, Maintenance Records etc.. He strongly opined that the DPA should be a “leader” or a “process manager” rather than a “doer” or line manager.

Georg Smefjell (Deputy Head of Section, DNV Maritime Management Systems) also highlighted that expecting the DPA to be responsible for the entire administration of the management system, documentation and planning and the conducting of internal audits may be an erroneous view. He also opined as did some of the previous speakers that the DPA should be a process manager ensuring effectiveness of management systems rather than a person involved in practical implementation.

Arthur Bowring (Managing Director, HKSOA) and Capt. Deepak Honawar (Director, Safety- Insurance—QMS Wallem Shipmanagement) highlighted some interesting incidents relating to the role of the DPA in practice and the excessive paperwork related to the ISM code, including the case of a chief cook giving a call to the DPA informing him that the Master had assaulted him and in another case an anonymous caller informing the DPA that the chief engineer was involved in selling bunkers. 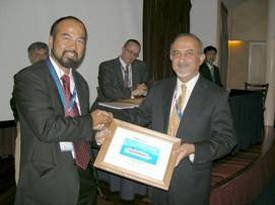 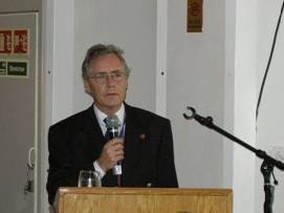 Caution:
Dr. Phil Anderson (Managing Director Consult ISM Ltd.UK) presented the audience with a different side of the coin. “Has the ISM code been hijacked by the lawyers?”, “Do the DPA’s require personal liability insurance?” were some of the questions raised by him which sent the audience into deep thought. Dr.Anderson opined that he saw the role of the DPA as a “doer” or a person involved at the sharp end of implementation.

Capt. Lothair Lam (Port Captain / Asst. Manager - Operation Department, Parakou Shipping Limited), speaking on behalf of the seafarers considered the DPA as the savior of safety on board. He opined that in the pre-ISM era the vessel’s Superintendent wore several hats, including that of Safety Officer. Under the ISM code, this function is now handled in a more focused manner by the DPA. 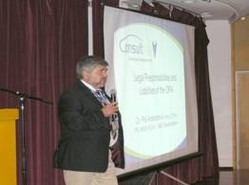 Dr. Phil Anderson presenting the legal responsibilities
and liabilities of the DPA 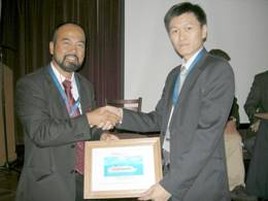 Conclusion:
This last seminar in the command seminar series stirred up an excellent debate with an almost endless Q&A session. The summation session included feedback from the three earlier seminars at Glasgow, Panama and Antwerp. There were several questions left unanswered, reinforcing the fact that the Role of the DPA is not clearly defined and/nor understood by many within the industry. Some of the key items as listed below are:

*      Should a DPA be an ex-Mariner and would a DPA require managerial training?

*      Should the job of DPA be done in-house by a company or can this task be out-sourced.

*      Should the DPA be a “leader” (a senior manager/ process manager) or a “doer” (a line manager involved in practical day to day implementation).